Home » Pythons » Ball Pythons » Are Animal Auctions the Death of a Market?

Are Animal Auctions the Death of a Market?

The Reptile Report - I remember when Ben Siegel launched his first Facebook auctions. I initially thought how brilliant is was and then contemplated the morality of auctioning off animals to the highest bidder. After really looking at it more closely I felt the way Ben was doing it was perfectly ethical and I saw no real major problem with it, it’s not like he was auctioning off King Cobras to a twelve year old? Shortly there after I threw my hat in the ring and spent a few months doing BHB Auctions. In honesty some animals sold for fair prices and others went far below retail and in turn I decided to stop doing them. The amount of energy put into the auctions along with the uncertainty of the sales price was just not for me. I found that after a while people would be upset if they didn’t get the animal for a “steal” price. So for me the decision to stop was based solely on dollars and cents.

Fast forward a couple of years and Ben Siegel has made an empire out of his Facebook page auctions and I’m sure if anyone was being 100% honest they would admit how jealous they are of him, I know I am! With that said I am concerned over the abundance of people doing Facebook auctions and the effect it’s having on the pricing of some animals, in particular Ball Python morphs. You see when Ben has 80,000 “likes” and has tens of thousands of people following you can get a reasonable idea of what “people” are willing to pay for an animal. Sure some things go cheap, but for the most part it’s a fair auction and does not hurt the market. But when “Johnny Appleseed” has 1000-3000 “likes” you can not expect to get a good representation of the market and more times that not the winning bid is FAR less then market value. Let me break it down for a minute. Lets say you have 1000 “likes” on your Facebook page, that means that only about 300 people actually see your post because of the Facebook algorithm, maybe this helps clarify when you see that number at the bottom of your post that says “300 people saw this post”. Facebook has done this because they want you to PAY for the people that follow you to see your post. Of course this infuriated me, but that’s for another blog. So if 300 people see your auction what are the chances of many of them actually wanting that particular animal unless it goes for a ridiculous price? Not many, right? So then the animal sells for next to nothing and the perception is that the “new” price should be what people saw said animal sell for. I recently saw a Facebook auction on a big name Ball Pythons breeders Facebook page, he has 3000 “likes” and had only two people bid on this morph Ball Python. It sold for 90% off his asking price. Now the issue I see here is two fold, one the perception of the market to many is that animal is now “worth” that amount. Let’s face it when a “name” in the business sells a morph animal for 10% of it’s value it becomes almost impossible for a non-named person to sell it for a fair price. And secondly it appears that the seller is desperate and will take anything just to get rid of his animals. What I’m saying is that many people will see an animal auction off for a certain price and then assume that the winning price is now the actual market value of that animal.

I’ve always been a guy that believes pricing is based on what people are willing to pay for an animal. Some animals are pretty pets and can sustain a price of $100 or even $500 and others are sought after investment animals that demand $50,000 or even more. But I am very concerned what this latest fad of Facebook auctions is doing to the perception of the market. When I see an animal that is posted for $1000 sell for $75 I think what effects this has on all the other people trying to get a fair “retail” price for their animals. Listen, I know the market is soft at the moment and I attribute that to over supply, not lack of demand. I would be willing to bet that there is more interest in Ball Python morphs then there has ever been, but there is ten times the amount of animals available. So obviously it’s harder for one person to sell all of their animals, it’s just simple economics. I have to believe this is why so many people are turning to Facebook auctions in hopes to sell their remaining stock.

Do I have the answer to how to sell all our animals if people aren’t buying? Not really, but I can assure you that giving them away on a Facebook auction will only make it even harder to sell them for decent money down the road. I think we have to focus on bringing new people into our hobby, educate the masses and get people excited about it again. I can tell you that talking to a TON of the new comers that are getting into keeping and want to breed Ball Pythons they are frightened to invest their hard earned money when all they are seeing is pricing dropping like mad. I recently had a customer come and want to buy some morph Ball Pythons and every time I quoted him a price he countered by saying he saw a similar animal sell on a Facebook auction for far less. Again, he assumed that if they sold for that price that it must be the new price? In the end he left without buying one snake.

I have to reiterate that I am not telling anyone what to do and I applaud Ben Siegel for doing it the right way, I just think many of these online Facebook auctions are doomed to failure and it’s causing even more concern for the confidence if future markets. So before you post that animal on your Facebook auction, think whether the small amount of money you “might” make is worth it. I would love to know what your opinion is of this very tricky topic.

Facebook - Tons of awesome animals and other cool stuff are up for auction on the RAACA Facebook page.  100% of the proceeds will go directly to USARK.  The auctions...

Facebook - Check out some of these great auctions from Ben Siegel Reptiles on some really rocking high-end Ball Python morphs! You have to be signed up as a bidder...

Facebook - How would you like a chance to own a pair of het sunset ball pythons that will eventually produce stunning ball pythons just like these?  Brian Barczyk has...

Bush League Breeders Club - Here’s a lively discussion with a variety of viewpoints about whether or not the current trend of frequent ball python auctions has a negative impact on the entire... 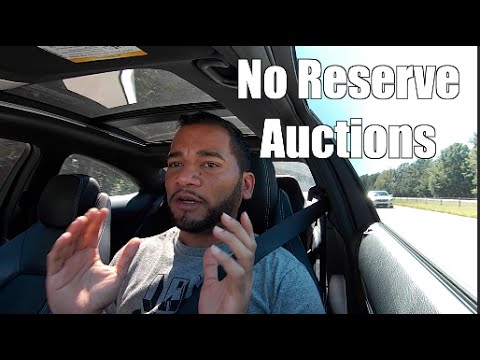 YouTube - Raphy Martinez shares his thoughts on no reserve auctions and explains why auctions should never be the only way that a breeder sells their animals.