The Reptile Report - Connecticut already requires a permit to own any reptile.

On January 24, 2013, HB 5832 was introduced by Representative Diana S. Urban (D) and referred to the Joint Committee on Environment. It seeks to ban entirely Boas and Burmese pythons.

HB 5832 proposes that section 26-40a of the general statutes be amended to provide that “the sale, transfer or breeding of certain exotic animals is also prohibited and to add tigers, mole vipers, boa constrictors, burmese pythons and sea snakes to the list of prohibited animals. . .”

Stay up to date on herp legislation and issues at Herp Alliance!

Herp Alliance - This morning the US Herpetoculture Alliance contacted the Joint Committee on the Environment and has learned that HB 5832 will NOT move forward in the 2013 Legislative Session...

The Reptile Report - New Jersey is taking aim at exotic animals. Herp Alliance blogged previously about the creation of a legislative task force to review exotic animal ownership in that state.... 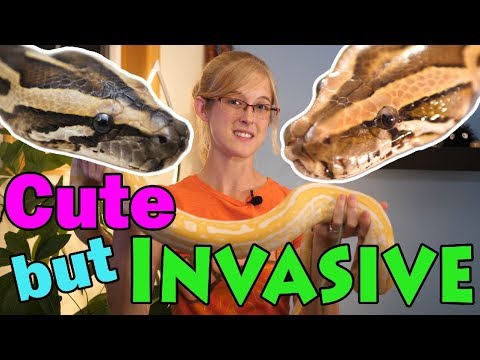 YouTube - Burmese pythons are an incredibly invasive species in the Florida Everglades. Watch this episode of Snake Discovery to learn when and how they were first introduced, what they...

The Reptile Report - The Herp Alliance has been informed through reliable sources that the Humane Society of the United States (HSUS) is petitioning President Barack Obama and Interior Secretary Ken Salazar...