On the Web - Rather than just pointing out a link that I’m sure everyone has already seen anyhow, I thought I’d take this opportunity for a little editorializing. To say that herp enthusiasts are upset about this new “educational” program from Discovery Channel would be a gross understatement. From sensationalizing negative, false stereotypes to putting an animal’s life in grave danger for the sake of ratings, there is nothing going on here that a true “naturalist” would choose to engage in.

If there is some truly valuable scientific evidence to be gathered by filming the inside of a snake’s gut, then why not attach a micro camera with an LED light to the snake’s natural prey? It wouldn’t be the first time cameras were passed through a digestive system for medical or scientific purposes and it offers very little risk and stress to the animal. So obviously, genuine scientific curiosity is not the motivation behind this show.

What is? Ratings, pure and simple. Ratings and publicity. And with all the exponential energy of any viral video, this show is getting a TON of publicity, and will generate a ton of ratings as well. Too many people will be driven by their natural curiosity to see what happens, even those genuinely opposed to the whole concept. So far, they are succeeding in their bid for mass publicity, not despite our outrage, but because of it.

And what do I think will happen in this show? Absolutely nothing. The whole thing is going to turn out to be a stupid bait-and-switch. There’s no way that snake is going to “swallow” that guy. They’re going to make a big, dramatic deal out of “hunting” for the perfect snake for the “job” and talk about the extreme danger the “scientist” is willing to “risk” for the sake of…what? Knowledge? Doesn’t that thought bring a big roll of the eyes? And by the time you’re 9/10 of the way into the show, they’ll reveal some lame ending. They couldn’t get the snake to eat the dude (no big surprise there!) or that it was never actually their intention to do such a ridiculous thing.

Maybe…just maybe…the twist at the end will be them demonstrating that these snakes AREN’T man-eaters and should be respected and admired for their natural place in our world. However, I’m not going to hold my breath for that sort of show from the Discovery channel.

The Reptile Report - How did Brian Barczyk, star of SnakeBytesTV and founder of AnimalBytesTV, react to the sensational and controversial Discovery channel program about an anaconda eating a man?  It’s all...

The Reptile Report - How did Brian Barczyk, star of SnakeBytesTV and founder of AnimalBytesTV, react to the sensational and controversial Discovery channel program about an anaconda eating a man?  It’s all...

The Reptile Report - In light of all the negative reactions and energy created by a particular Discovery Channel television show, these images are intended to lighten the mood and bring a...

On the Web - Shawn Heflick joins Urban Jungles Radio to recap a successful weekend at Christmas Crocfest 2014, a fundraiser that has collected over $120,000 in funding for crocodilian conservation. He... 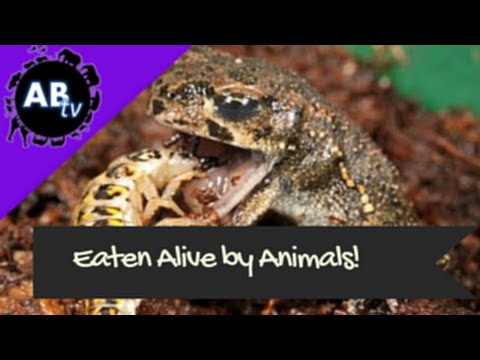 AnimalBytesTV - Jason covers the most insane and weird animal predators, a few of which are pretty scary.