YouTube - Jeff Lemm is a zoo-based herpetologist that has herped the world. During a trip to Australia he met an enthusiastic man who handed him a VHS tape… That night he watched the first Crocodile Hunter. He later went on to briefly work with Steve Irwin at Australia Zoo. Jeff will also talk about a herping expedition he is leading in Cuba and an upcoming talk at Herpeton in San Diego.

SSnakess - Here’s an awesome thread in which members find pictures and information about some of the most unusual and fantastic looking reptiles and amphibians out there.  Lots of wicked-cool...

On the Web - Morelia Python Radio is joined by Jeff Murray to talk about insular and tree boas. Jeff will discuss the natural history of these interesting boas along with his...

Nat Geo: The Life of a Zoo Herpetologist

On the Web - It is wonderful to see one of our own recognized for their amazing contributions to the reptile community.   From National Geographic: Herpetologists in a zoo setting often...

On the Web - Join Herpin Time Radio as they welcome Jeff LeClere to the show to talk about his book “A Field Guide to the Amphibians and Reptiles of Iowa” as... 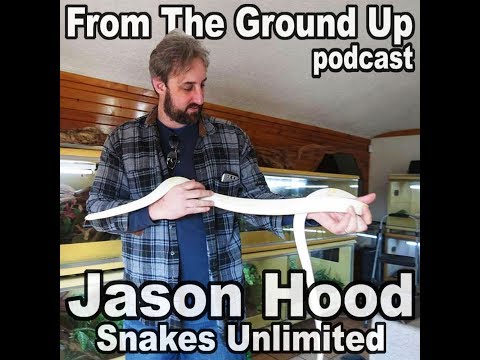 YouTube - Jason Hood of Snakes Unlimited breeds Aspidites, Spilotes, Phrynonax poecilonotus, and tegus. On this episode of From the Ground Up he will talk about herping in Texas and...