The Reptile Report - A personal note from Dav Kaufman-

As many of you know, I’m the producer/director of the Herpers movies, which are now one of the first documentary franchises in film history. We are now more than half-completed with production of Herpers III: Tales from the Field with only one more segment left to film here in the US, and will feature segments already filmed in Costa Rica, and Australia! However, funding this film out of my own pocket has its limitations, and I am reaching out to you for help.

The production does not need to raise that much more to bring the film to competition, and I’m asking for your help with a simple donation of $25 or more, so that the production will be able to move forward and have a completed film released on DVD this fall. In exchange for your donation, you will receive exclusive gifts that will only be available to those who donate.

Every little bit helps make this third installment a truly reptile community project. For me, they are a true labor of love. I feel its my responsibility to make these films to not only entertain members of the reptile culture, but to educate those who are yet to understand the passion I share with so many millions of others around the world. I take a great deal of pride knowing that my talents are being used to reverse the negativity that is so wrongfully bestowed upon these incredible animals.

To further illustrate how these films are a true labor of love, after the investors receive their cut, the cost of production itself, the costs involved in advertising, promotion, show and expo expenses, etc. I personally make about $1.00 or so on each DVD sold. During production, I do the work of about 20 people to produce these films which can total as much as 16-20 hour days, everyday, including weekends. I do all the research in pre-production, schedule all the interviews and plan the details of the shooting schedule. I create all the art associated with the film by designing and creating the DVD jackets and movie posters, as well as design, update and maintain the website. I am the sole film editor and I write most of the music for the films as well as a host of other things that need to happen to bring these films to life. It breaks down to me working for less than 25 cents an hour, and frankly, I love every minute of it.

These films are not only my legacy but the legacy of all who I make them for and who I make them about, and I thank you for helping to make these films into a franchise that are so beloved by Herpers, and so important to educate and entertain everyone else, and maybe most importantly, to attract a brand new wave of herpers who were inspired by these films, which increases the market for all of us.

Please consider a donation to the production to help complete this film by visiting www.ophisentertainment.com and while you’re there, catch a special sneak peak of Herpers III: Tales from the Field!

Thank you for your consideration, 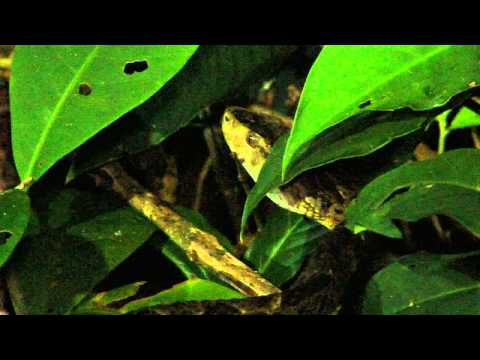 YouTube - Check out the trailer for the upcoming reptile documentary Herpers III- Tales from the Field. Featuring Bill Love, Kevin McCurley, Marc Bailey and more! To order your copy,...

YouTube - To all the fans who asked if there will be a Herpers 4, the producers of the series are proud to announce they have something better! On April 7th,...

YouTube - Herpers TV visits with one of the top hognose breeders in the world–Justin Mitcham of Extreme Hogs, who shows us some hognose morphs that have never before been...

Ball-Pythons.net - Watch a four year old lift and move a mature reticulated python from its holding tub back into its freshly cleaned enclosure.  Love watching children learning the love...

YouTube - Herpers TV visits one of Australia’s top green tree python breeders–Adrian Hemens. He shows off some of his snakes and talks about the difference between the GTPs that...