The Reptile Report - Fingerprints have been lifted off exotic snakes and lizards for the first time by NSW Police, after a two-year operation uncovered almost 200 reptiles in suburban homes in Sydney, Australia.

Dawn raids by police and officers of the Environment and Heritage Office were carried out last week on three addresses across the city.

The houses had been converted specifically to keep the reptiles and were likened to hydroponic drugs houses – they looked like normal homes from the outside but were set up for alleged illegal trade.

Forensic experts fingerprinted the reptiles at the site of one of the homes.

–Read the rest of the story after the jump. 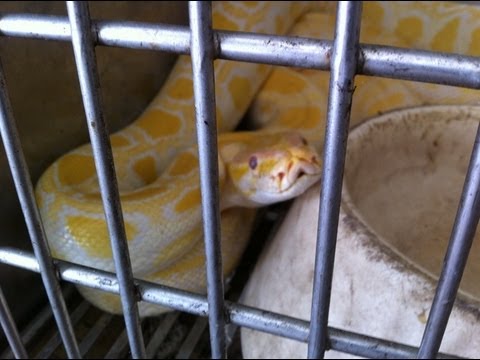 Snakebytes.TV- Taking your snakes away

YouTube - Snakebytes.TV discusses the impact and importance of the legislative snake ban.

Taking the Fear of Snakes Away in Taiwan

On the Web - In an effort to remove the fear of snakes from residents and to conserve what native populations exist, researchers with the Council of Agriculture’s Endemic Species Research Institute...

Taking America’s Rarest Snake Back to the Woods

The Reptile Report - On May 1, USDA Forest Service, U.S Fish and Wildlife Service, Louisiana Department of Wildlife and Fisheries, the Memphis Zoo, and other partners released seven young Louisiana pine...

The Reptile Report - SNAKES are on the move. Heavy rain has pushed the critters out of their homes, with many seeking a new place to live. Sites they have used for...

Taking your Gecko to the Vet: Interview with Dr. Ivan Alfonso

On the Web - With the vast source of information available on the internet, and so many products readily available, do I really need a herp vet for my geckos?  Can’t I...