YouTube - High-speed video taken by biologist Kenneth Catania shows how the tentacled snake uses a body fake to trick fish into fleeing toward the snake’s head, instead of to safety. The video also shows how the snake aims its strike to a location where it expects the fish’s head to be instead of tracking its movement.

Ball-Pythons.net - It’s a very short video, but shows off a very cool little snake that is extremely uncommon in captive collections.

On the Web - US Fish & Wildlife has made its move to add more species of snakes to the same list that bans the sale and transport of Burmese pythons across...

The Reptile Report - For the first time in more than a decade, a group of tentacled snakes was born at the Smithsonian’s National Zoo. The eight baby snakes, which sport little... 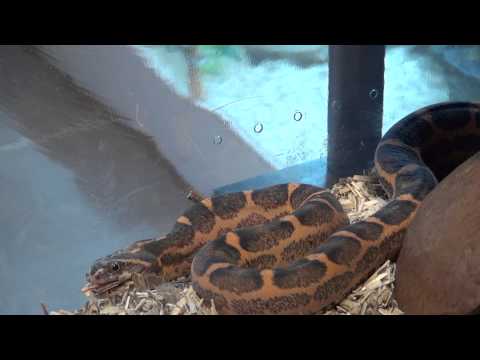 SSnakess - Check out this video.  It starts out looking like pretty typical snake movement, but keep watching.  It gets very interesting as the snake starts to “dance” with itself.