The Reptile Report - Virgin births in vertebrates in general have been viewed as “evolutionary novelties”, said Warren Booth, from the University of Tulsa, Oklahoma, US.

A form of virgin birth has been found in wild vertebrates for the first time.

Researchers in the US caught pregnant females from two snake species and genetically analyzed the litters.

That proved the North American pit vipers reproduced without a male, a phenomenon called facultative parthenogenesis that has previously been found only in captive species.

Scientists say the findings could change our understanding of animal reproduction and vertebrate evolution.

The Reptile Report - Personalities- A Media Resource Dr. Booth was awarded his Bachelor’s degree with honors from the Queen’s University of Belfast, Northern Ireland, UK, in Genetics in 2000. He then... 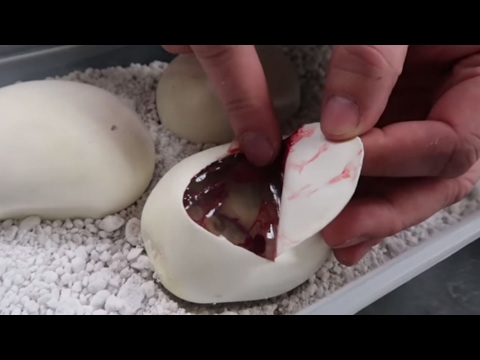 AnimalBytesTV - Brian Barczyk looks to see if his reticulated python eggs from Lucy are a result of parthenogenesis or if Ricky fathered them.

On the Web - Dr. Warren Booth is on this episode of Morelia Python Radio to talk about inbreeding and parthenogenesis in pythons and boas.

On the Web - Dr. Warren Booth is on this episode of Morelia Python Radio to talk about inbreeding and parthenogenesis in pythons and boas. This item was originally posted on April...

The Reptile Report - Herp Nation’s Dan Krull talks with Warren Booth of USARK (United States Association of Reptile Keepers) about the direction of USARK after the recent resignation of Andrew Wyatt....

DKRA: Reticulated Pythons in the Wild

RM Down Under: Blue Tongue Morphs with Joe Ball